Over 3 decades of experience

Work with me Online from anywhere in the world 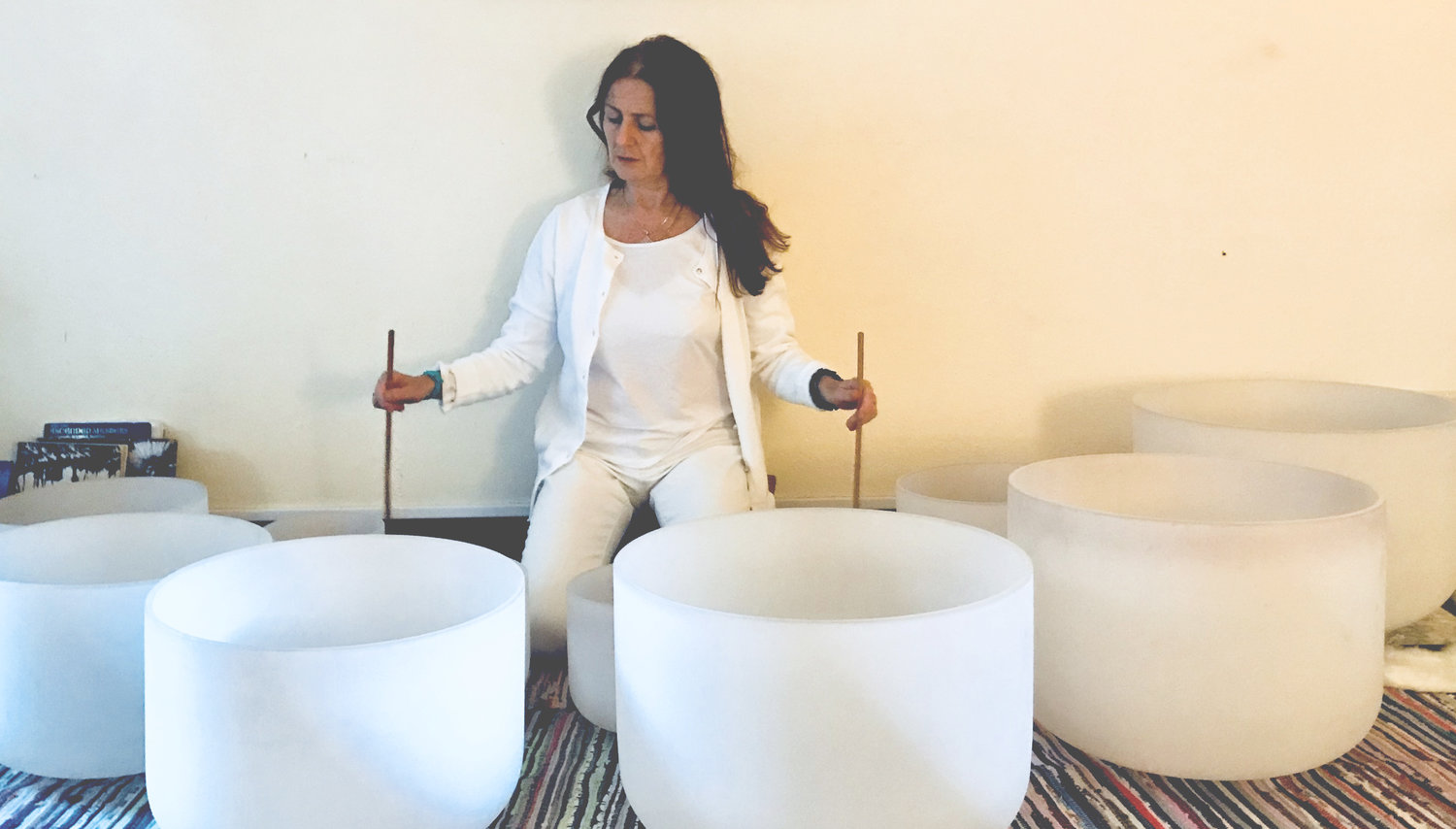 I am a Homeopath, Naturopath, Sound healer and Peace Ambassador. I have over 30 years of expertise in many healing modalities including sound healing with 13 crystal bowls. I am a former registered nurse in general and mental health and bridge together orthodox and complementary medicine. Through my holistic healing work, I serve people worldwide, who are interested in becoming healthy and being part of the solution and a contribution to Life.

I was born in London in 1955 and have studied meditation, healing and yoga for most of my life. I have the tools from my life experience, from being a mother and being a bridge builder from the old to the new, having worked in mainstream medicine as well as complementary medicine. There is a growing integration in me, of the healing tools I have learned.  As a homeopath, I have supported many people in releasing addictions to alcohol, drugs (prescribed and otherwise) I have worked with homeless people on the streets in London, as a community mental health nurse.  I also support people in conscious anger release work, where there has been serious trauma and abuse. I lived in South Africa for 5 years, helping a charity (NGO) and after experiencing a serious life trauma or challenge, I learned much about what deeply heals.

I am based in Quillan, in the south of France, close to beautiful mountains, rivers, wonderful walks, trails and lakes. Nearby there are many ancient sacred sites and there are many legends regarding Mary Magdalene. Nature in this area is pristine and luminous.  From here I run groups, retreats, crystal sound healing sessions, workshops and ceremonies.

"Amazing, incredible, astounding, astonishing, are all words that fail to fully describe my experience at the Crystal Bowl Concert, although we were in a small room the sound felt it would fill a stadium, it was not extremely loud, but the fullness and vibrancy of the sound gave it an other-worldly quality, something new for me at sixty-five, and I've heard a lot of concerts, rock, pop, folk and some classical too, the only thing that I have heard that is akin to this was an opera singer singing at full blast inches away from my face and that was still minuscule in scale.

Michaela was very warm and inviting and the house was fresh and cool, there was a relaxed and friendly atmosphere, and we were provided with plenty of blankets and cushions to lay or sit on. The ceremony began with everybody sitting in a circle on the floor holding hands and introducing themselves and announcing a prayer of intention, like "goodwill to all people" or something more specific like "the disappearance of the Coronovirus or hoping the bus will run on time", then some "ooumm" chanting. It was a very gentile and lovey-dovey affair, which my inner building worker/mechanic gave me a good slagging for taking part in, then we re-positioned ourselves, lay on the floor, Michaela began her prayer/speech/chant as she began ringing the bowls, softly and low at first them becoming louder and more intense as I was transported into an unknown dimension of sound.

Regarding the healing and relaxing, I went into a deep relaxing state very quickly and without problem and as I was lying there I could feel a lot of subtle vibrations and tingling in the places where I have ill health, so much so that as the tones changed I could tell which ones were likely to be connected or be the same illness, and ones that were single one offs, I often think of my body as a party-house for diseases, that has been gatecrashed by a rampaging biker gang, so that was a lot of tingling. The whole event took just about and hour and a half, but the time listening to the bowls seemed to go past very quickly, "I'll be back "